Connect with us on Telegram
Home
Clash-of-Clans
Guide 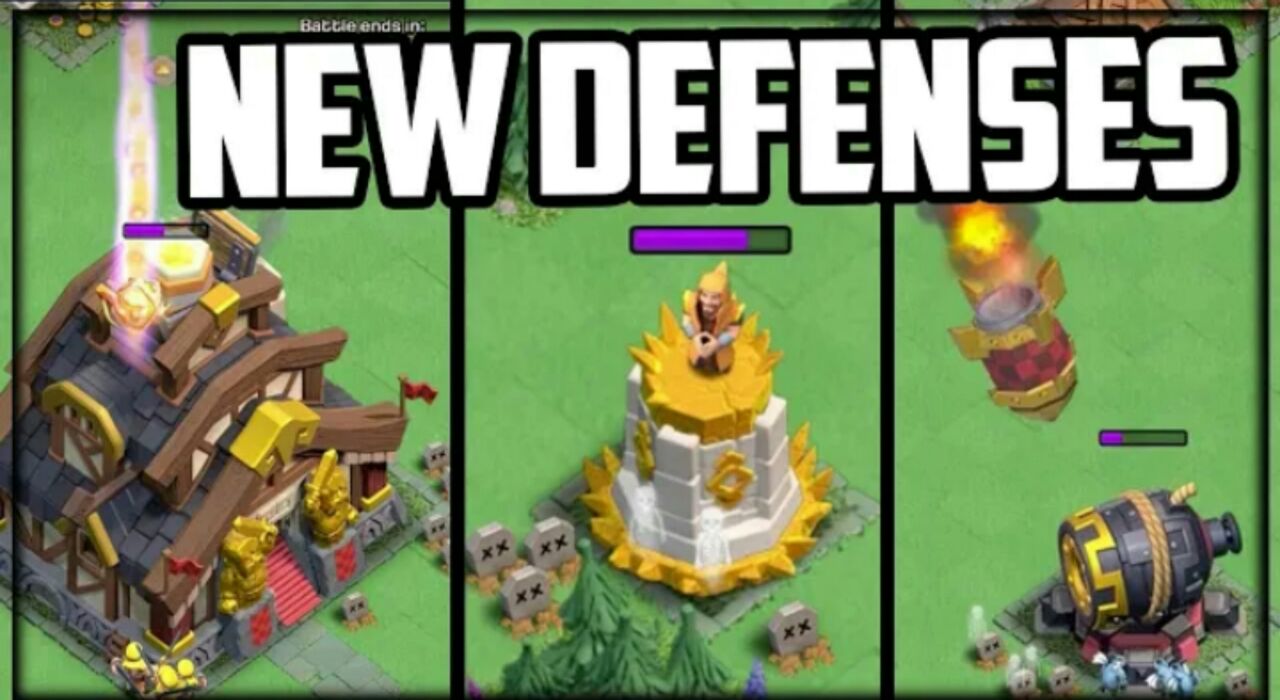 Clash of Clans update Clan Capital is finally confirmed and will be made available to play once Supercell releases it. Till now, there is no official date of arriving of this massive COC update but sneak peak suggests update release date is going to be publicly confirmed by Clash of Clans. Numerous new defences have been to Clan Capital or simply called Capital Peak. Some exclusive footages of COC Clan Capital Update showed new defences, troops, spells, walls and Capital houses.

Here are detailed information about new defences that COC have designed for its brand new Capital village. Some of this defences are similar to previously available but some other works more fantastically and attacking and defending from raids looks lovely. Every defence will try to defend Clan Capital during Raid Weekend on weekly basis. 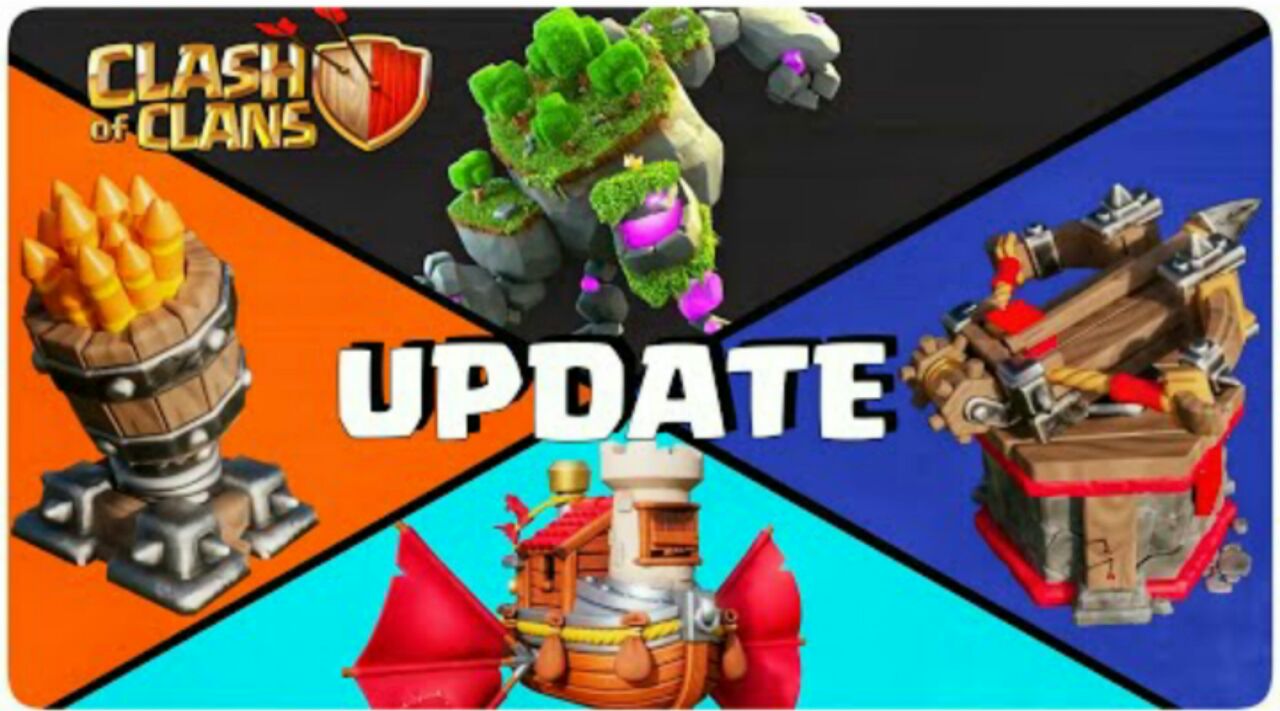 This defence are only available in Clan Capital base. Each defence building starts with Ruin ( broken ) that players need to contribute capital token to build it. From level 1 which is basic level to max level 5, all defences become more stronger and extremely powerful. As we keep on upgrading building, defence of Capital becomes steady that enables to resist every raid from opponents. In Clan Capital Mountain Golem is capable to take down every defence except Inferno Tower.

Air Defence is attacking type defence that target single unit of army and destroy it. With grear damage per second, Air Defence is capable to destroy any Clan Capital air troop. Minions are easy target for it. Air Defence is Anti-air to prevent flying troops enter into territory

Clan Capital cannon has wide range of 8 tiles around that target and takes down enemy one by one. Cannon are main defence mechanism for ground troops. Ground troops has less speed to reach, while cannon finishes them before getting destroyed.

Spear Thrower is high threat warning to air as well as group troops. Large spear is thrown towards enemy once they enter into range of Spear Thrower. Being new defence, it will be good to keep hope on this defence as it can be game changer of Clan Capital.

Rapid Rocket is even more dangerous than Air defence or Air Bombs. Rapid Rocket shoots bunch of 5 rockets at a time that causes burst damage to wide range of troops in that particular area. With super quality, it is shorter in range which is its only drawback.

Giant cannon is mammoth-sized cannon that burst out balls that keep on going and going. It is super version of cannon which can attack up to very long range. Excellent way to knock out troops in a row. That looks very awesome. Giant cannon in addition gets more strengthen when we level up it. Giant Cannon attack in row with area splash which makes it hard for troops to raid successfully.

Bomb Tower attacks with area splash using continuous dropping of bombs on enemy troops. Clan Capital has featured many powerful defences which are new as well as strong but Bomb Tower can be assumed to be weakest of them. Even Barbarians are able to take dow this defence despite bomb tower attacks too quick and fast.

Similar to Builder base guard post, Clan Capital too has guard posts. Beside this defences are even more stronger. Raid Cart Post has cart troop that protect capital from raids by distracting enemy troops while other attacking defences takedown troops.

Super Giant Post has pair to Super Giants. This super giants target opponent army and temporary block them from defeating Clan Capital. When Super Giant Post is upgraded to max level, instead of one giant, there are two giant which helps in defending from base. This gives idea how effective can be to level up buildings.

Super Dragon is super troop of normal dragon that continuously throws flame. Super Dragon have better hit points but also costs more spacing. When it comes to Clan Capital Update, Super Dragon Post is considered one of strongest defence building that is very difficult to take down even attacker has plenty of troops to deploy.

Mega Mine and Mini Mine

Traps are hidden defences that active and attack once troops come in its range or zone. Mega Mine and Mini Mine are bombs that explode and damages large area. Mega Mine are bigger threat to small hitpoint troop like Barbarian or Archer Tower.

Zap Trap is new trap introduced in COC in newly update of Clan Capital. Zap Traps pops up from nowhere and target each and every army members and kills them. Zap Trap is seemed to be little more powerful than Mega Mines or Hidden Mega Tesla.

Other new trap in Clash of Clans is Log Trap. From its name, it can be understood that Log or wooden log of tree attacks enemy. Log Trap is best option to crash bunch of enemy troops when they are grouping together. It covers two to three square unit of area and launches itself in straight line towards them.

Walls are essential defence to protect other defences from enemy. Clan Capital update has walls which are plenty in number to prevent loss of Capital hall. COC has provides more than enough walls to prevent Capital base from getting beaten up.

Clan Capital update release date will 2nd of May. New skin for hero is available with new season, Miner Archer Queen Skin is ready to be claimed. Each player can experience Clan Capital by own means. More surprising things will be on their way after this update gets released. Keep Clashing in COC.