Clash of clans is one of the most popular strategy based video games. Supercell – the developer of Clash of Clans, keeps on bringing new features with time. Recently it introduced clan capital base, hasty balloon and metal militia events.

And now the introduction of the Royal Challenge is one of them. In this event, the player has to 3 star a base with the already provided army. Players will be rewarded after completing the challenge.

The Royal Challenge event has plenty of defences, heroes and traps that are specifically designed at particular places as a strategy to prevent attackers from getting three stars on royal challenge events. Using each troop from the army is valuable as the COC army is limited as well as fixed so players have no control over the army and they are left with attacking with the best strategy to claim royal challenge in COC.

Army contains healers which provides idea to do queen walk whereas hog riders will play lead role to destroy defences and miners will clean up rest of building. Rage spell can easily provide boost to powers while clone spell with Clone multiple similar army unit which will definitely expand attack and ultimately lead to royal challenge three star.


Royal challenge base layout is way different from the existing base from clash of clans. There exists only barbarian king and Archer queen while the royal challenge has 7 pairs of both the heroes. As heroes damage a lot as well as distract from destroying defences, it is exactly one way possible to three star this base with a particular army while the rest of attack strategy to work will have very less chances.

Inferno Tower is a great defence in both formats, single targeted as well as multi targeted inferno tower. Clash of Clans Royal Challenge includes six inferno towers with single targets that can easily kill most hit point troops like PEKKA within seconds. Beware from this defence.

X-bow are defences that attack troops with constant bullet shots while they are present in amounts of 8 and this makes it difficult for hog riders to make you victory from following the royal challenge base.

At last royal challenge scenery, there contains 6 bomb towers that can blast when destroyed while 4 canons that attack and damage at constant rate. Also set of 4 mortar that cause area damage to troops

How to 3 star Royal Challenge

In order to destroy the royal challenge completely, we will lure the archer queen at 7 o’clock supported by 3 healers. And they lure a miner near CC to extract CC troops as shown below. 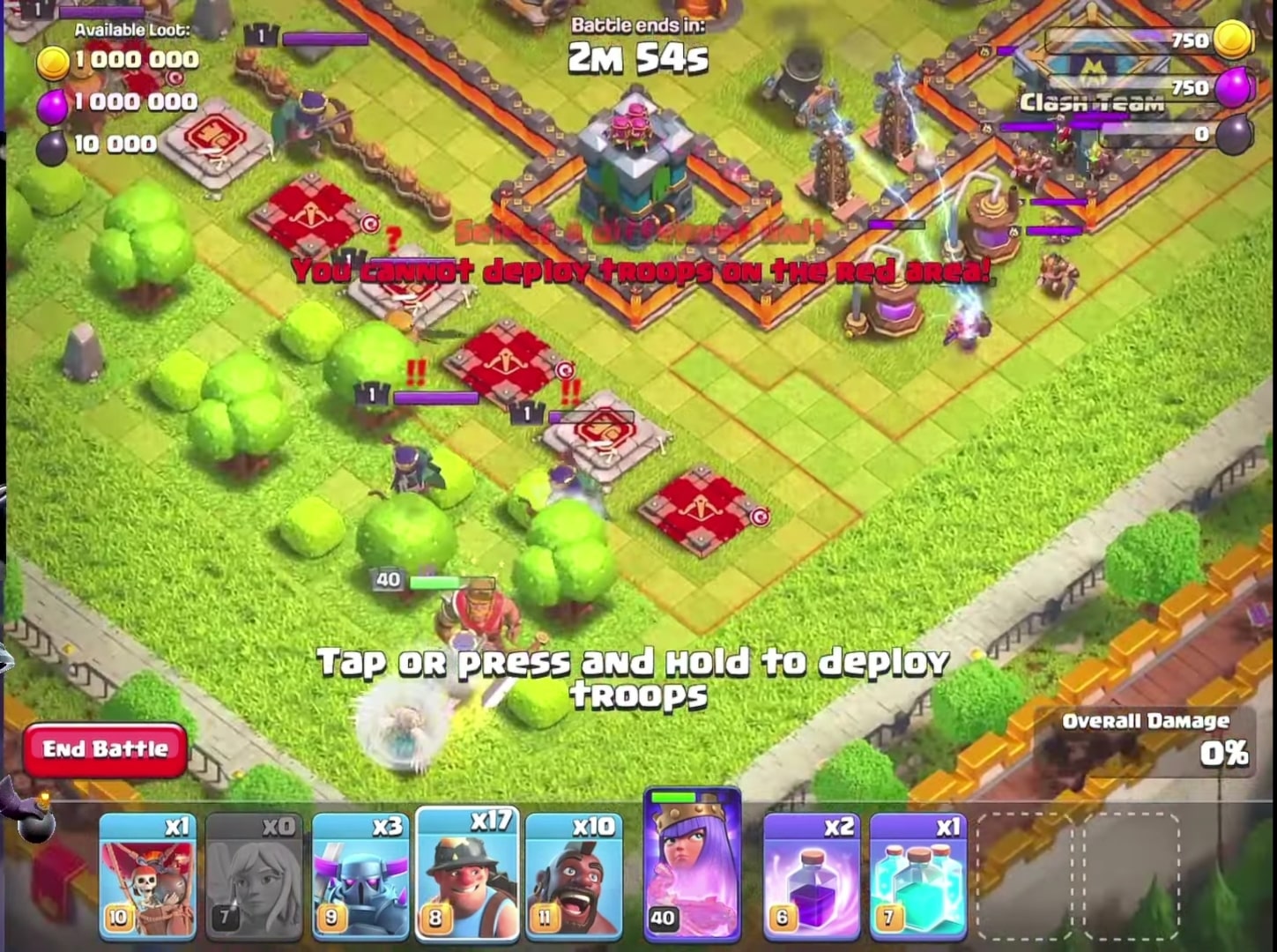 Just be sure to not clash your queen with three heroes. Wait till the CC troops are taken down by the queen. Use a rage spell if you feel necessary.

Now lure all the PEKKA at 4 o’clock and engage them with heroes. Wait till some of the heroes are taken down. 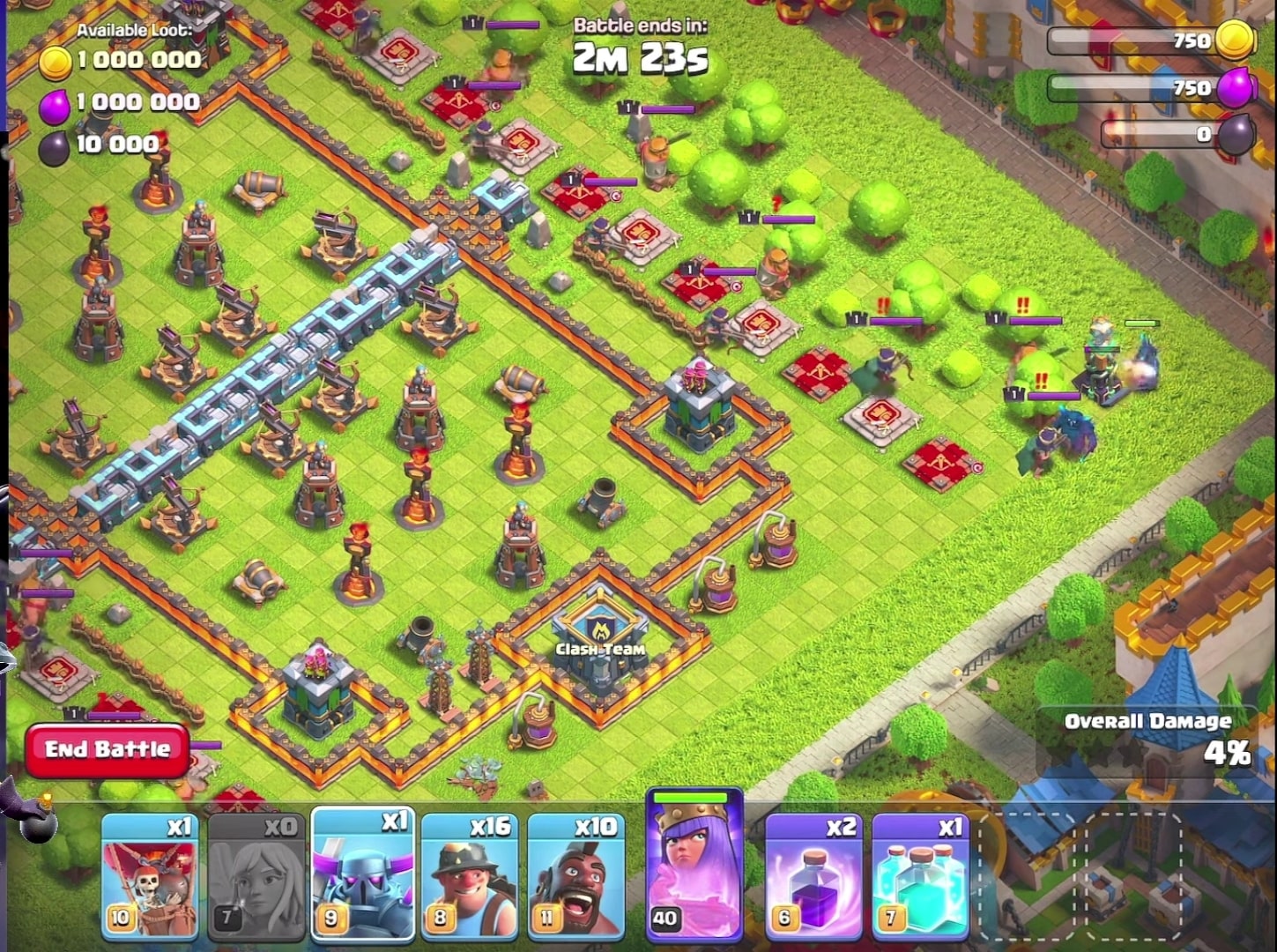 After the heroes are clashing with queen and PEKKA, deploy all minors from the middle. Wait till miners enter the base and follow them with hog riders. Use a rage spell as shown in the given image. When hogs are on, use a clone spell. 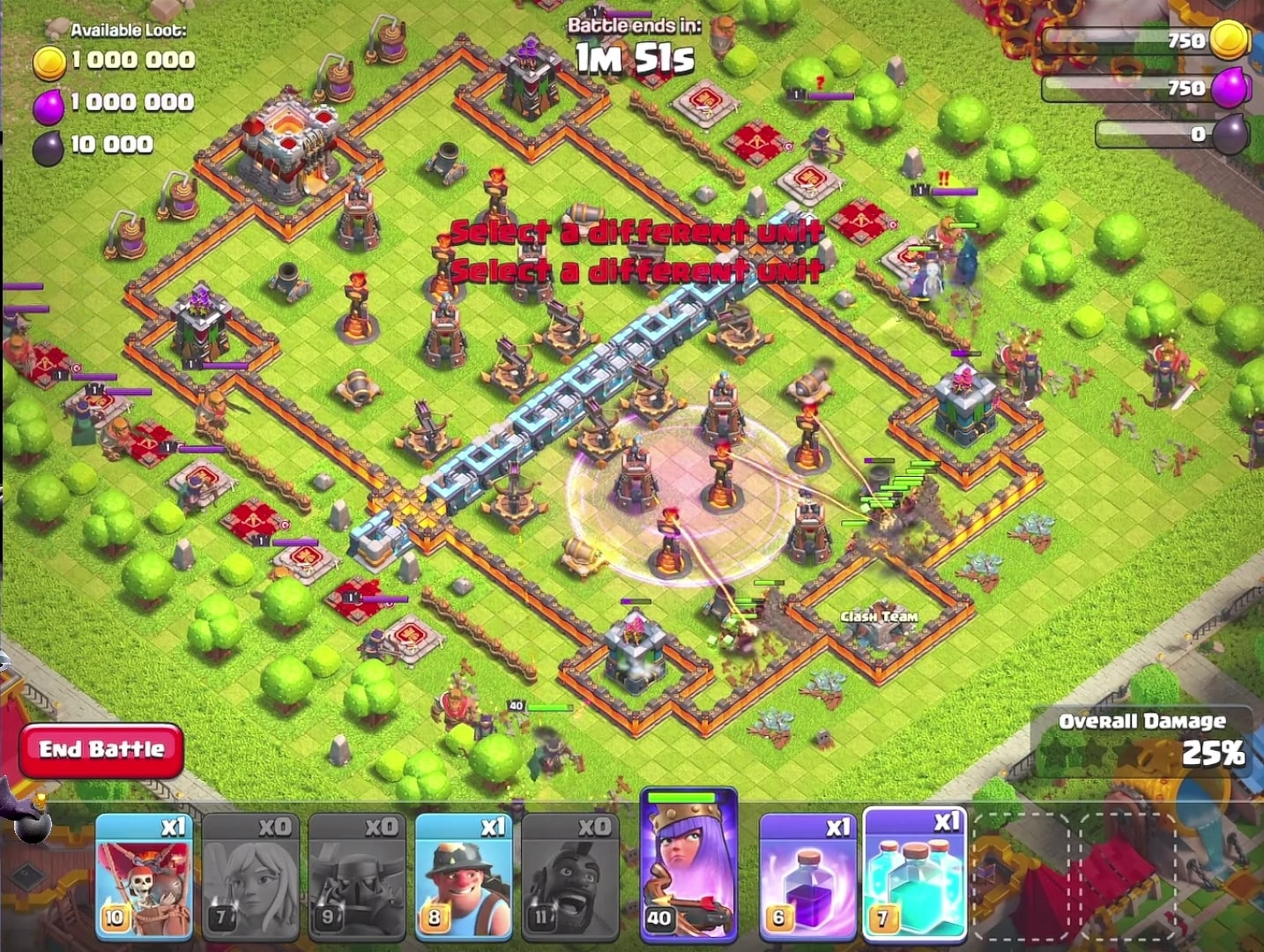 Now, let the miners and hog riders go in and again use a rage spell on x-bows. Now what you have to do is just watch as all the things are done. 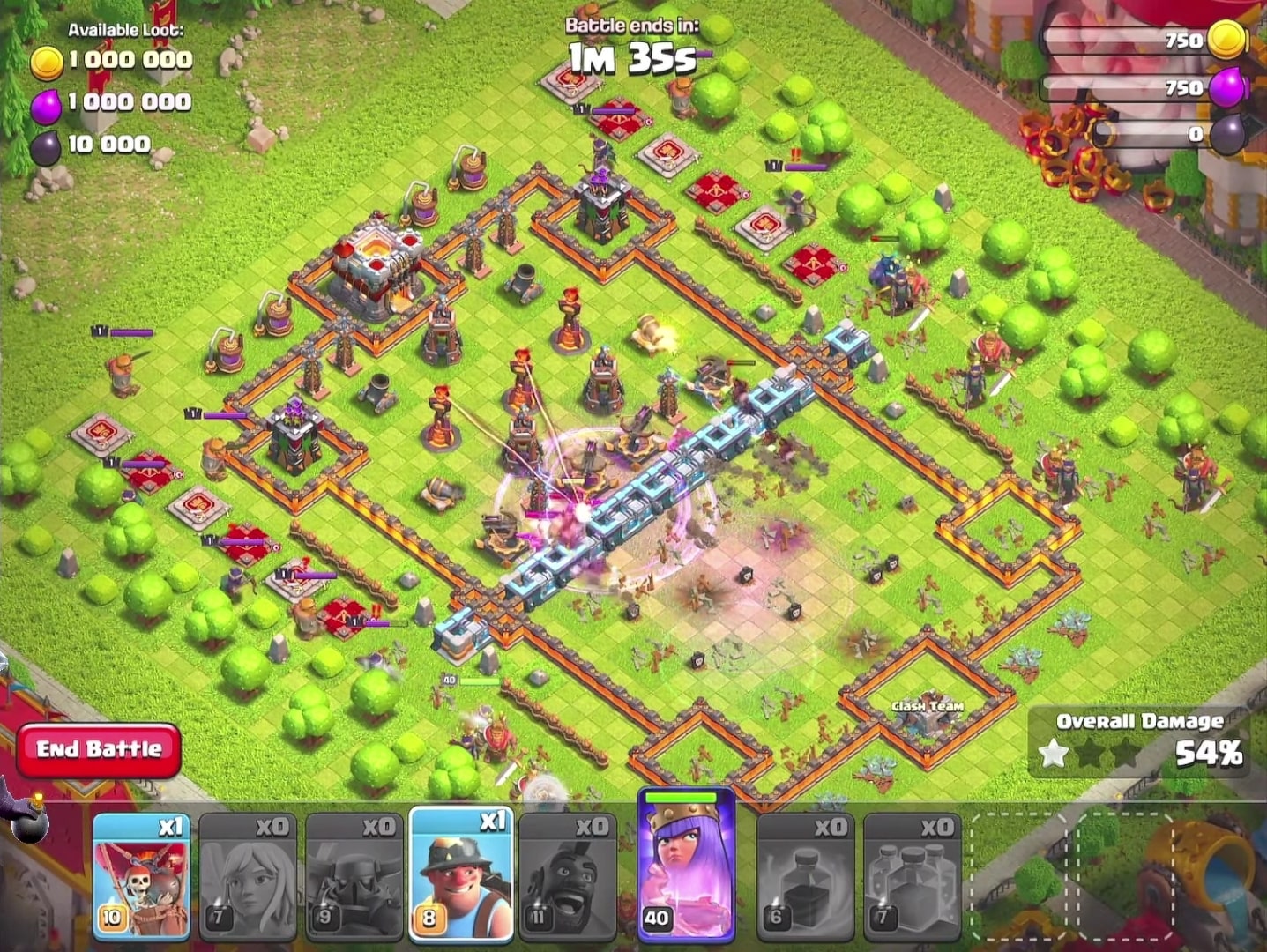 And easily the royal challenge is three starred with simple army provided by them. If you face any difficulties in doing so, please tell us down in comments. Our team will try to overcome it as soon as possible.