Clan Capital Base Layouts with Links provided for Capital Peak as well as each and every Capital districts. Copy and Paste this Base Layouts 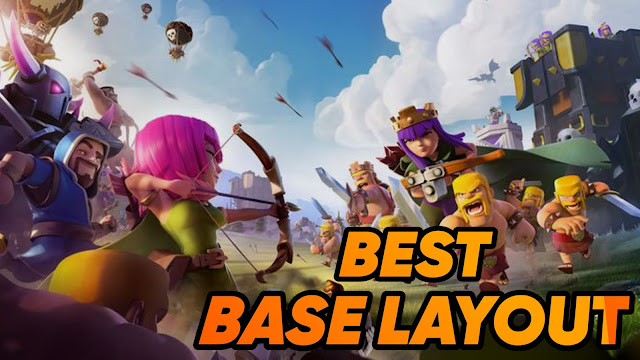 Clash of Clans Clan Capital has arrived to every clan worldwide. With the arrival of Clan Capital, players are busy contributing capital gold to upgrade various ruins and build strong defences that can withstand raids during raid weekend. 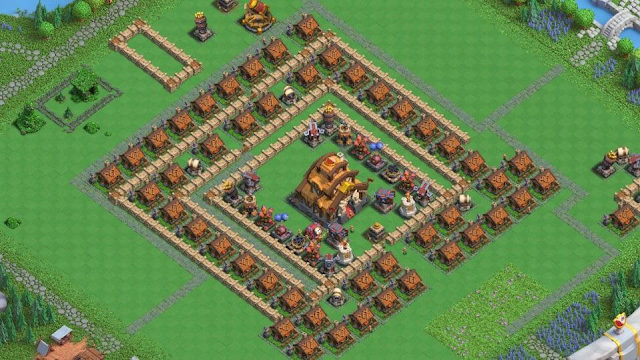 At present time, most priority should be given on Clan capital base layout link as it will last forever with awarding rewards like raid medals and capital gold.
Apart from this, Base Layout are must like things to make base look like pro and strong one. In order to defend clan capital against raids, there is need for Clan Capital Base Layout which ensures bases are perfect against every attack.
Good clan capital base includes stability and resistance to ground as well as air attacks. Every building is placed after proper management of base layout. 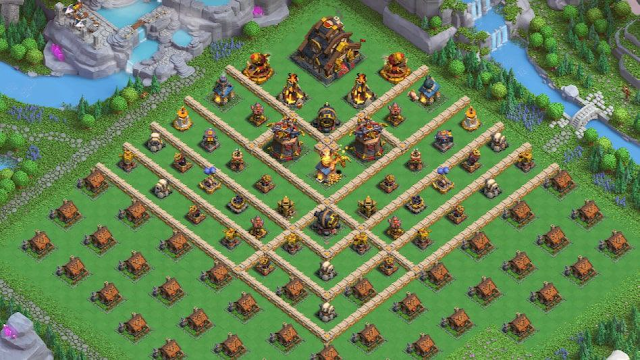 Whether it is capital hall 2 base layout or any other Clan Capital Base, there is always a need for the best base layout which will be a gamechanger strategy to win Clan Capital medals and rewards.
Here are some of COC base layouts for Clan Capital and especially Capital Peak which people can easily copy and paste from the link provided below. 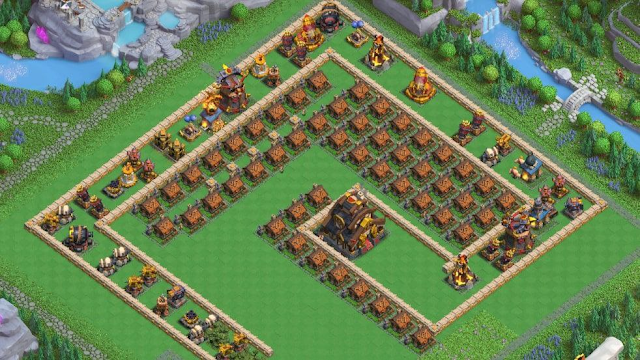 COC has brought Clan Capital Update a few days ago, it consists of many new capital districts and capital hall  but among all this. Capital Peak is the most important and focused Base which the player needs to protect most from raids.
Capital Peak mostly has defences and walls excluding army camps, barracks, spells and other buildings. 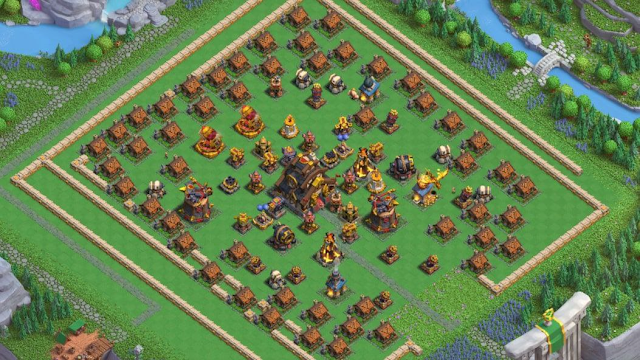 Capital Peak layout COC is available to raid only when all the districts are fully destroyed. That clearly states, Capital Peak is the most important base in the whole Clan Capital.
Players should focus on contributing capital gold to Capital Peak more as compared to other districts. This can surely benefit each and every Clan Capital during raid weekend that will start soon. 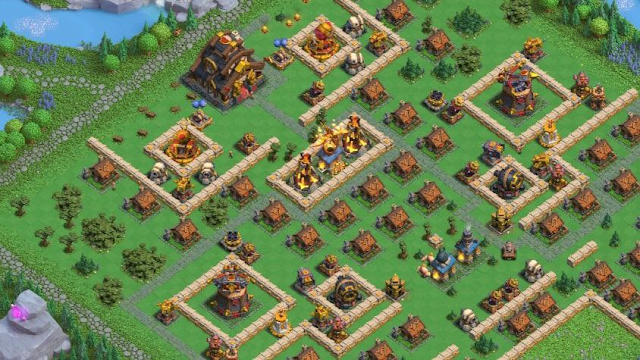 When capital Peak is upgraded once after unlocking all necessary building and decorations, Barbarian Camp layout is available to build which will play a major role in protecting districts as lower district halls need to be compulsorily destroyed to be able to attack the main hall.
Clashers seem to practise lots of new attack strategy on Barbarian Camp level 1 while higher level will require perfect knowledge to boost chances to take down halls within fewest attacks.
Once players understand how the Barbarian Camp level 2 layout will actually work, which is a positive sign of a safe position for raids. 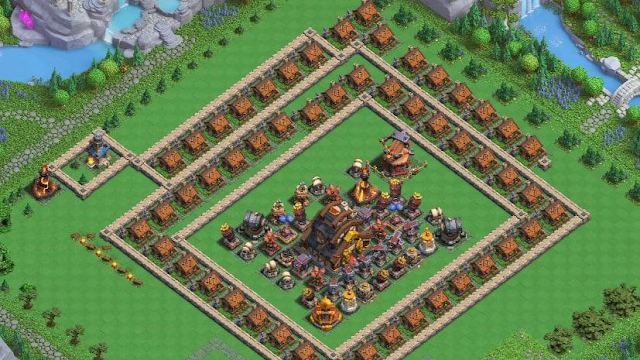 Some new buildings like Multi-mortar and traps are seen which provide a lot of damage to enemy troops but indeed can be defeated at Barbarian Camp level 1 layout as they are not yet upgraded to increase power.
It also requires huge capital gold and player's participation in order to unlock Barbarian Camp level 2. 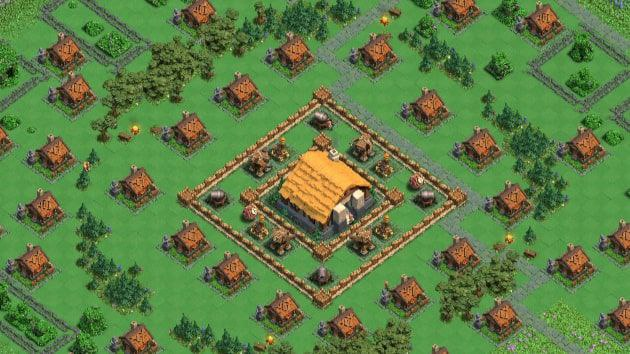 When a Clan leader or co-leader starts Clan Capital to explore, COC Capital Peak layout is the first base that is ready to be upgraded and starts building a huge base.
Initially Capital Peak level 1 starts where players contribute capital gold. Buildings are maxed from ruins to the maximum level capital peak can be built. Each Clan Capital Defences matter a lot. 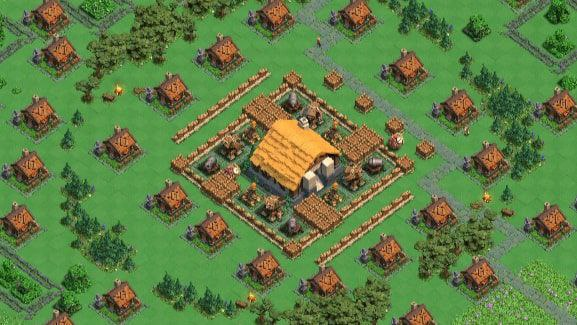 Capital base layout will include all the necessary buildings while clan members are made to set up COC capital peak layout or just copy existing from base link from external help or friends.
There should be clear cut idea while choosing best layout from following as it will definitely make your Capitol peak look awesome. 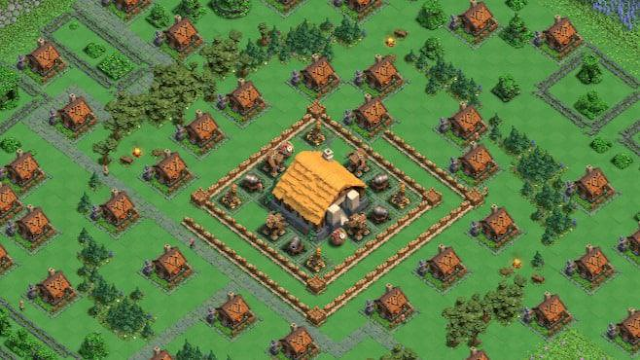 There are plenty of design and base layouts by which one can upgrade Capital Peak Level 1 to defend from getting destroyed completely. 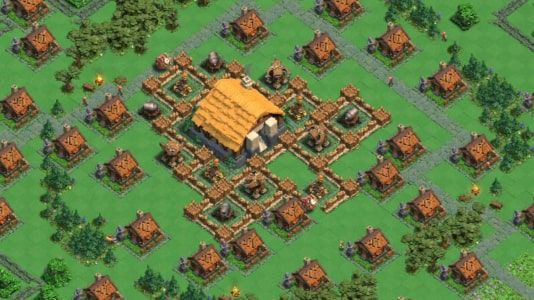 Capital Peak base link will be soon provided as soon as COC allows each clan to modify Base Layouts individually. Players can simply get Capital Peak and copy paste base layout and make it their own. It's that simple. 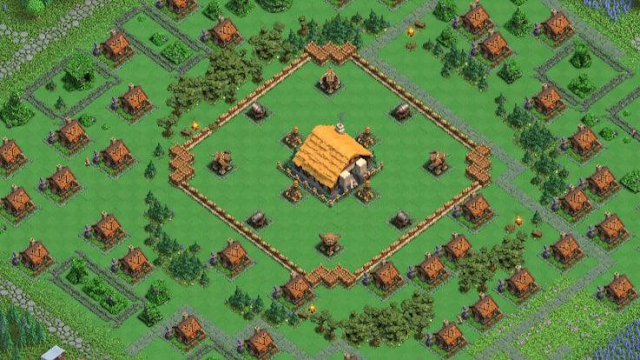 As Capital Peak heads towards level 2, more fascinating buildings and defences as well as troops are unlocked. As level 2 of Capital Peak in Clan Capital is so vast, there is a requirement to have Base Layouts. 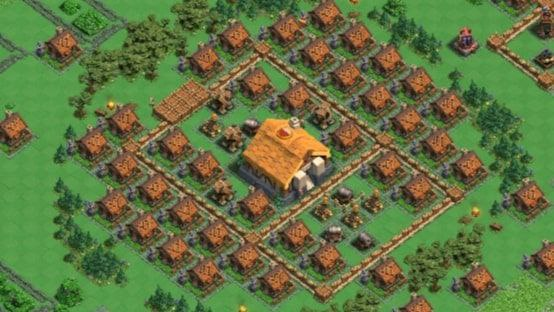 Here is Base layout with copy paste option to help your Clan Capital have the best layout ever found.

Clan Capital 2 base layout is important progress of any clan. This includes and involves contribution of whole clan members including leaders, co-leaders, elders as well as new member players. 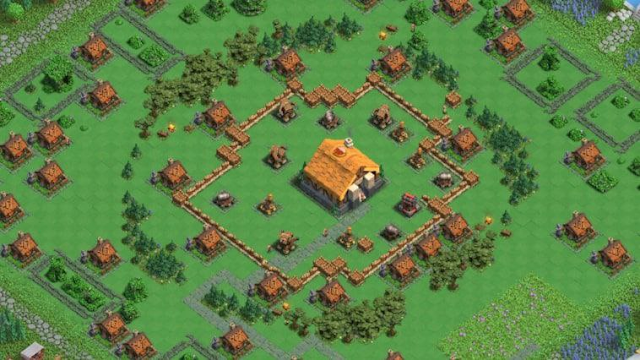 Clan Capital provides opportunities to small players to contribute in base layout for instant respect value among clans and multiple other benefits too.

Clan Capital Hall base layout level 2 possesses an epic base design that blows the mind of the attacker along with heart stealing decorations like logs, trees and large forest. 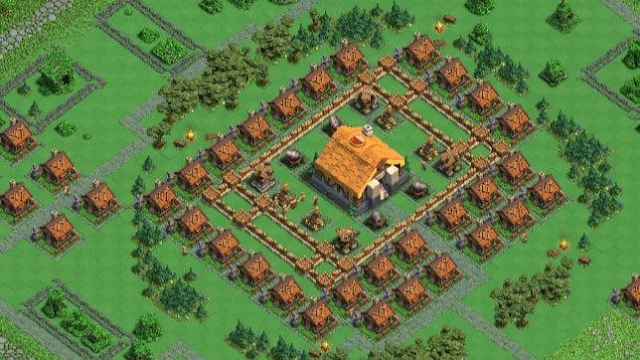 It can be a great idea to implement a vast village to spread army troops while giving a small area to deploy troops during an attack with the army in clan capital raids.
The Addition of a water body restricts all the group troops while there is no availability of frost spell to freeze water which surely makes it tougher for attackers.
COC capital hall base layout can make it task easier while players are guided and provides ideas for better gameplay and defensive knowledge. That's why, it is preferred to get capital hall 2 base link if you are not sure on making a perfect design. 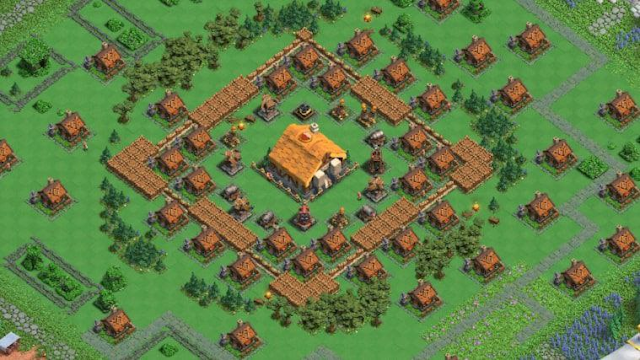 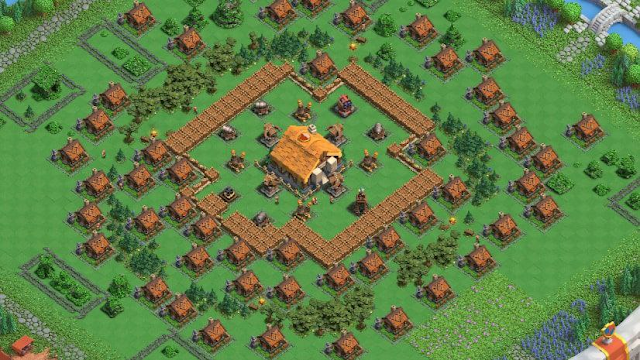 Hope this information helps you a lot, Capital Peak is getting exponentially bigger while players need to work hard in order to contribute capital gold in the fastest possible way. New army camps and troops are too unlocked which will help to raid other clan capitals. 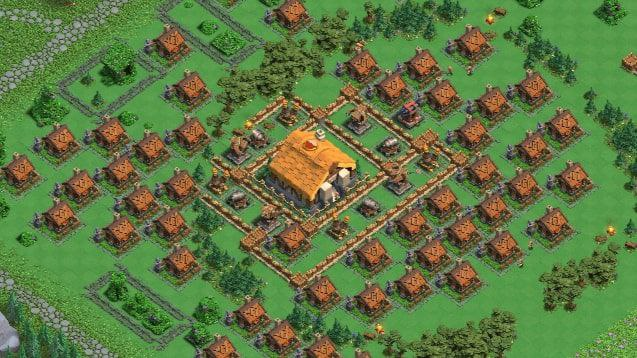 Clan Capital Base layout Level 2 are essential when it comes to defending side, what when players have no clue to attack in raid weekend. Here are Best Clan Capital Attack Strategy to boost your raids and win more Capital gold.
Capital Hall level 2 Base Layout is one of the major milestones that Clan Capital Base Layout can achieve. More number of best selective decisions related to base layout, more chances to create best layout for upcoming raid weekend. 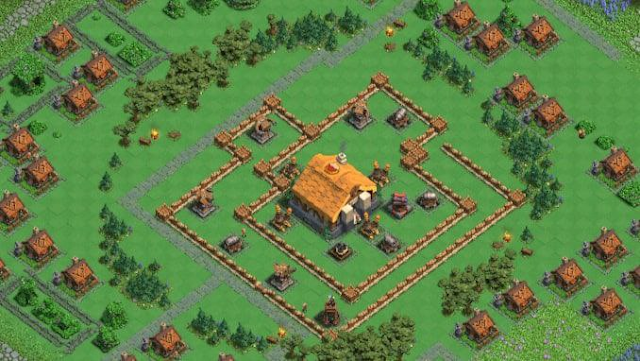 Capital Peak Layout COC are provided with lots of information related to why every defence is useful and placed at the right position and how it can protect buildings from army troops.

Clan Capital Peak Layout starts with a small upgradable building and eventually as we reach the Capital Capital 2 base layout, there is increment in army troops as well as availability of spells. 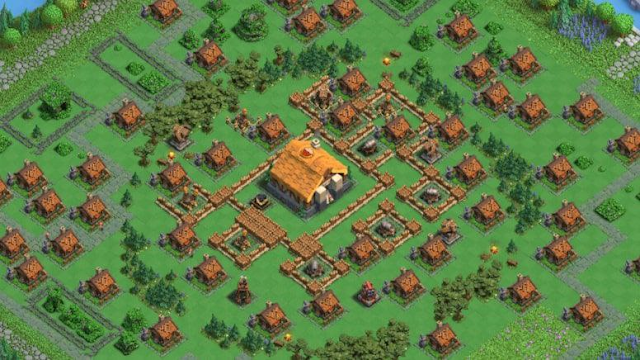 Walls are given with proper orientation to create design for better base while one should understand how one can tackle the problem of not having a good base while selecting the best base layout from here.
Grabbing offer that provides extreme high quality Clan Capital Base Layout level 2 while it is on easier side to copy paste links for greater ease and trial of multiple layouts. 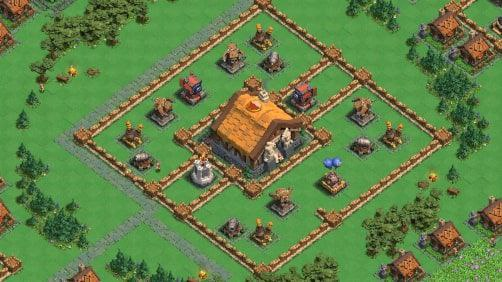 There can be vast differences seen upon comparing both of these base layouts. Capitol Peak Base Layout teaches us about how defences can work with teamwork while Attack Strategy can easily be withstand it alone by Capitol hall. 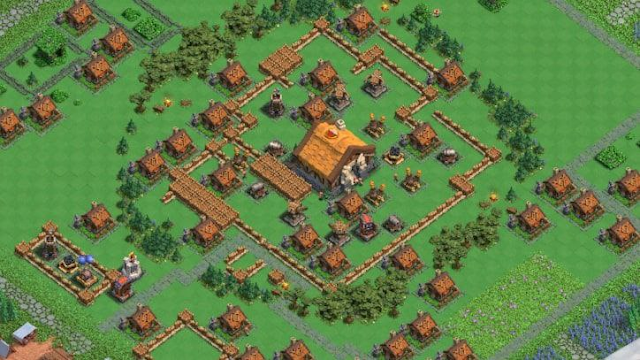 Clan Capital Level 3 or higher is much deadly and secured village that can easily defend against mighty troops like Mountain Golem and Flying Fortress. Inferno Tower, Giant Guard Post and Super Wizard Tower are extreme tough building of Clan Capital.

Clan capital Layout is nothing but the connection between each and every building including Capital Hall, defences, traps and walls. Coordination is a major part of creating the Best Clan Capital Base. 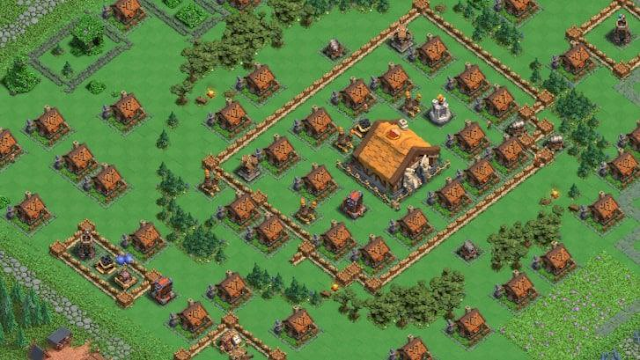 As per base design, we conclude that there are some buildings like Shoe Wizard Tower and Inferno Tower which should be protected most as they target the enemy with highest damage constantly.

Capitol Peak Layout is designed with respect to how scenery interacts with other buildings. Availability of water bodies has the most impact while mountains also cause little differences too. 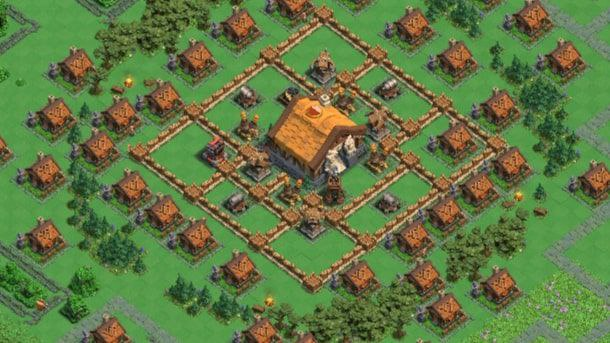 Not only players around world are crazy to find and select suitable capital layout but they are curious about raids, new building, best army and more.
I just thought of providing a bit of help towards building strongest defence so collected varieties of information related to clan capital and studied them in detailed.

From small details to its maximum extent, it took lots of hard work and time while I think, this hard work by our team will be appreciated by our visitors.
Hope this base design will provide idea on how base and village should be laid down welcoming enemy with weapons.

We provided Base Layout on following topic : 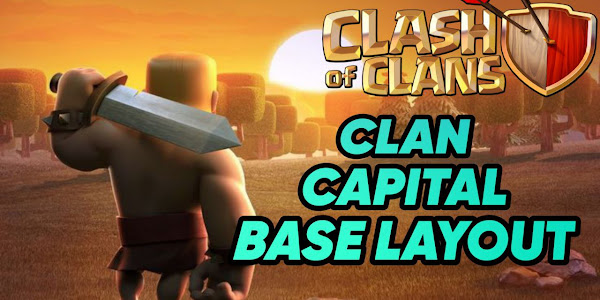 Capital Peak is the main district which unlocks only when other lower district bases are fully destroyed with 3 stars. It looks good to stre…