Check out this amazing raid weekends strategies of Capital Hall from Level 2 to Level 5. 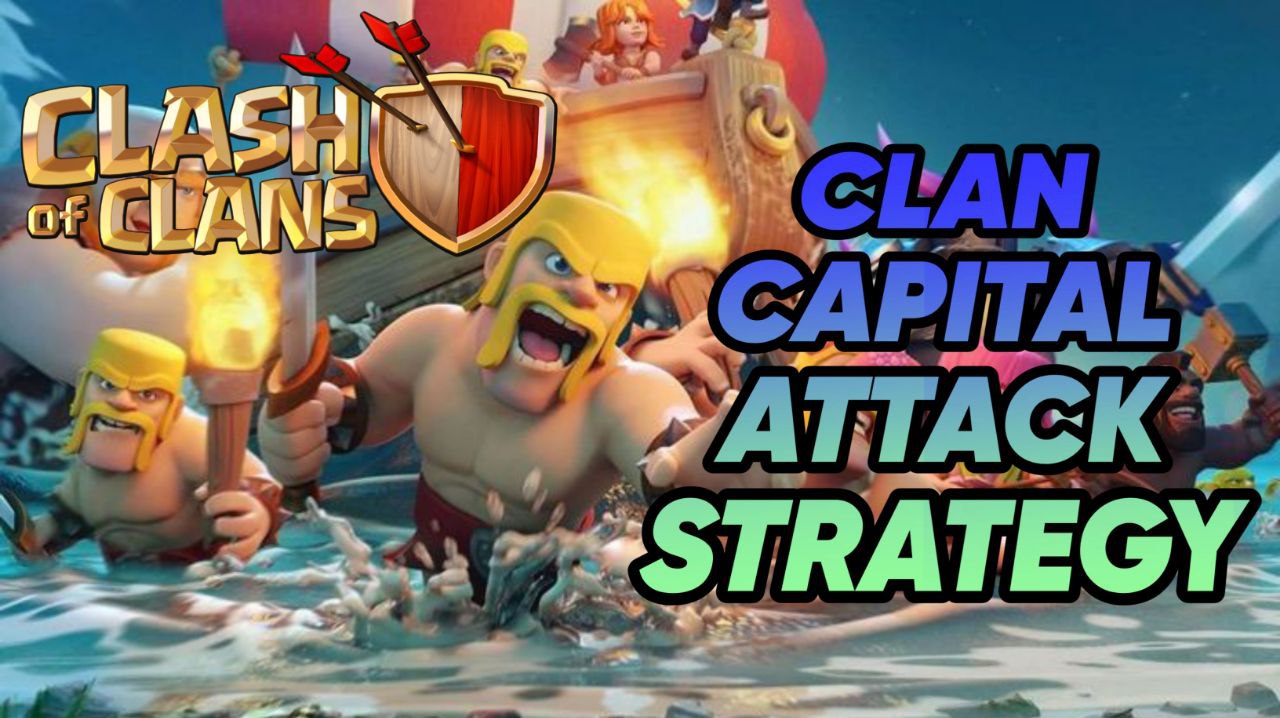 Clan Capital Layout is about to start in the next 12 hours. As usual you will be curious to know the best raid strategies for Capital Hall. As Supercell states, it takes more than 1 attack to three star a capital district.

In this article we will discuss 4 raid weekend strategies for Capital Hall from level 2 to Level 4. Be sure to check out this best defense layouts too.

How to Unlock Troops?

In order to unlock the troops, one clan needs to upgrade Capital Peak to level 2. To upgrade your capital hall, you need to upgrade two ruins surrounding the capital hall. After upgrading two ruins, you can upgrade Capital Hall to level 2 which will cost 50,000 capital gold. For this you will need some active players to contribute.
Supercell has made it easy for players to hunt capital gold. You can get free capital gold by going into clan capital > I button > Try.
Another way to get free capital gold is by crafting it in Forge. If you have TH 9, you can use one forge, if TH 11 two forges and if TH 14 all the four forges. You also get capital gold in the clan game's rewards section.

Once Capital Hall is upgraded to level 2, Barbarian Camp is unlocked with troops; Sneaky Archers and Barbarians. To unlock more troops and increase spacings, one needs to upgrade Barracks and Army Camps.

Before processing further, you can't three star a base with a single attack. You will need more like 3-4 attacks to do so. If you are attacking first, attack with such strategy keeping in mind to create a way or making attack easy for next attackers. Players need to learn more about Clan Capital Base Layout Level 3 to perform better in attack on weekly basis.

When Capital Peak is upgraded to level 2 and Barbarian Camp for level 1, four sets of troops with 90 house spacing will be unlocked. Here, the best strategy is to use 8 Sneaky Archers with 2 Battle Rams. 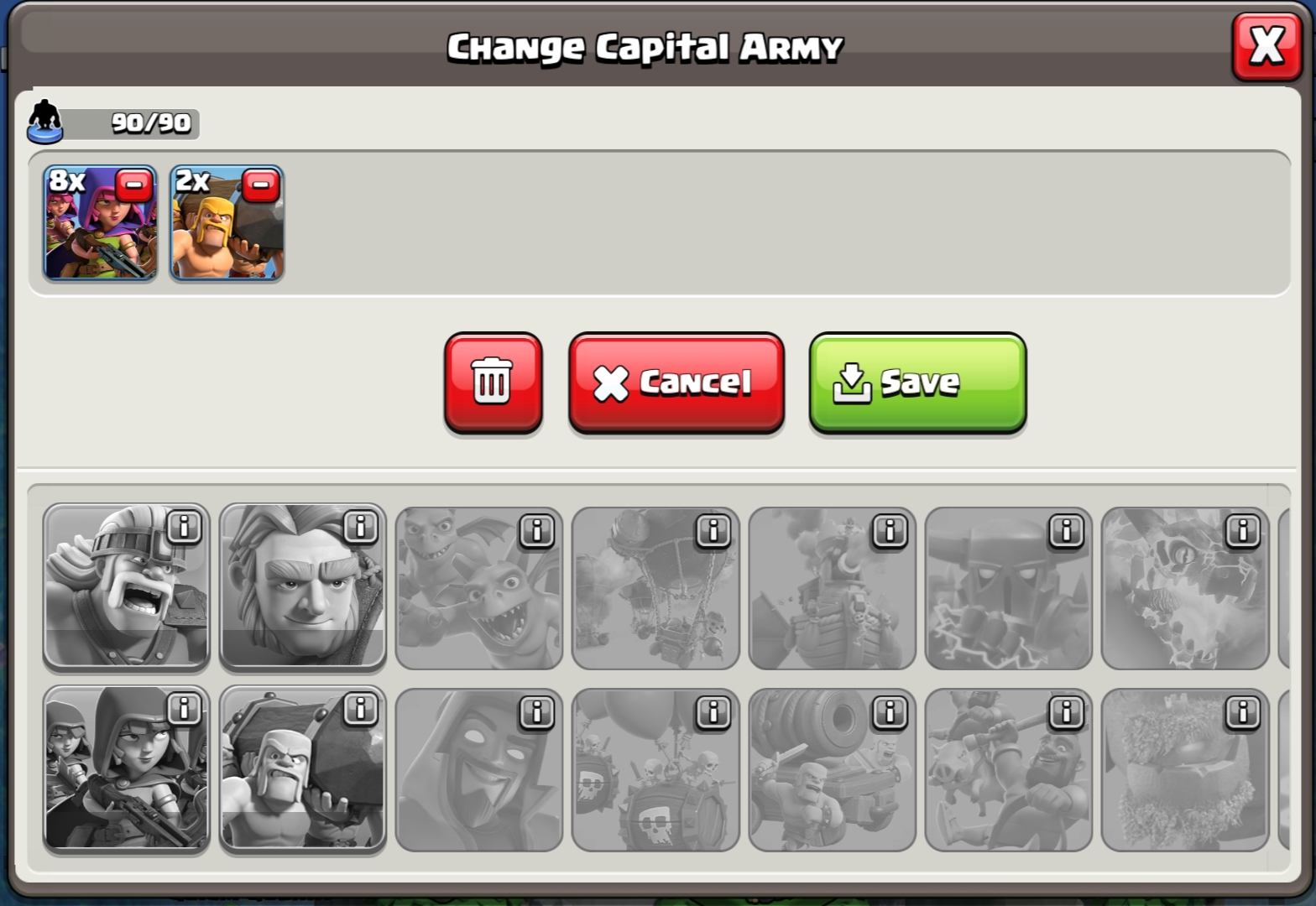 Rams can be used to create a funnel for other troops. In this case Battle Rams can break into walls with just a hit and spawning 4 units of barbarian. Funnel can be for these barbarians and also for Sneaky Archers.

When Capital Peak is upgraded to level 3, Wizard valley is unlocked. Here the clan unlocks spells. Initially heal spells will be available and with increase in level, newer spells will unlock. To upgrade Capital Peak, the clan will need a contribution of 75,000 capital gold. 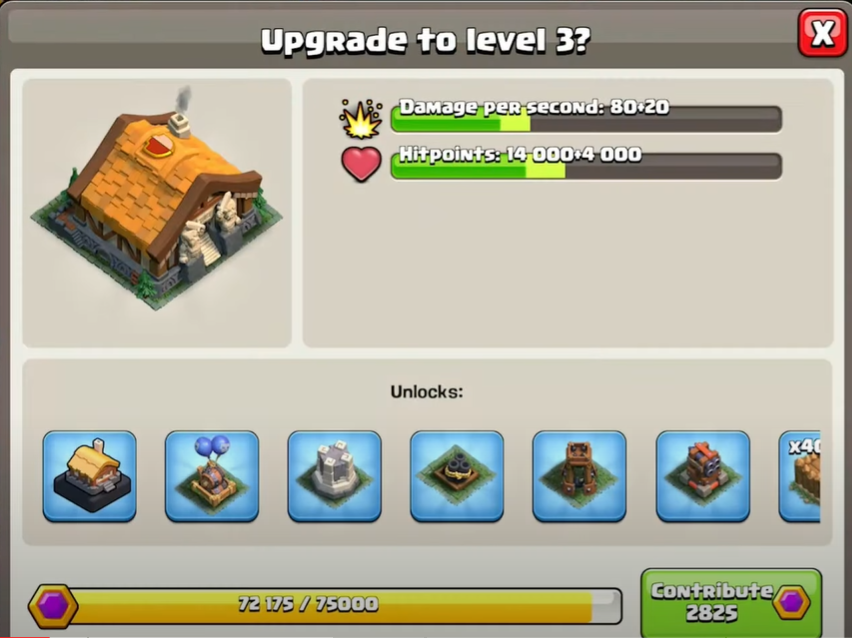 We recommend you guys to upgrade barracks as soon as Wizard valley is unlocked. This will boost our army to level 3. Here the best army will be with 5 Super Giant and 4 Super Wizard. You can add some battle rams to pave a way but giants are also too strong to break into walls. 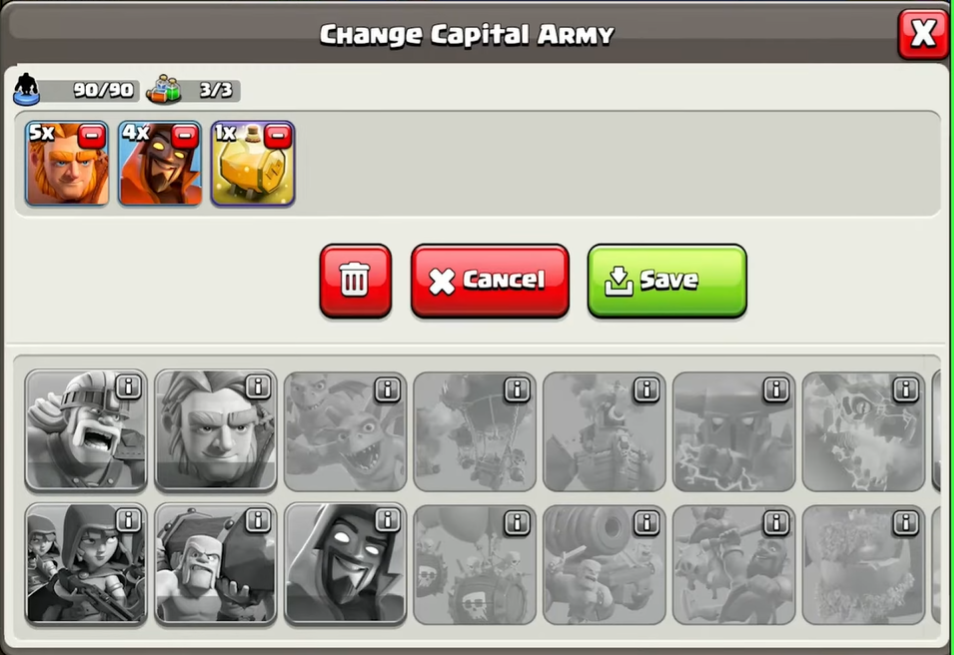 Here we will lure the giants followed by wizards. Giants will distract defences and sustain for long due to its high hit-points. And Super Wizards with its high damage per second will take down defences. Level 3 requires good knowledge of COC Clan Capital Attack Strategy for better results during raid weekend raids.

In order to unlock Rocket Balloons and Minion Forde, we need to upgrade Capital Peak to Level 4. You will need capital gold of 100,000. As mentioned earlier, Clan will need active participants to upgrade clan capitals. 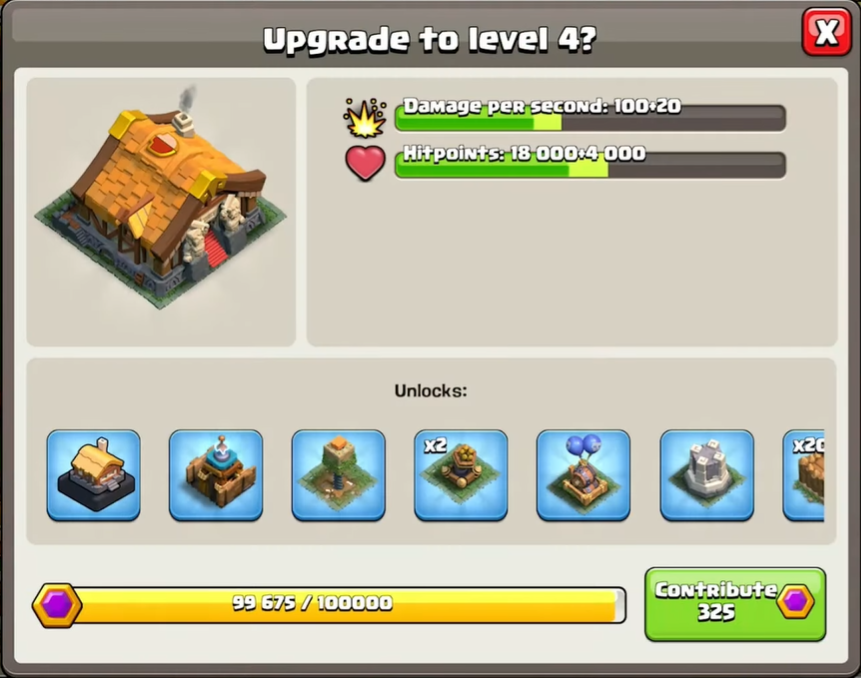 Here, Army composition will be 1 set of Sneaky Archers, 1 set of Battle Ram, 3 minions Forde and 4 Rocket Balloons with a healing spell. First will use Sneaky Archers and Battle Ram to take down air defence if possible. If not we will use them to assist minions and balloons. First, lure rocket balloons and assist them with all three sets of minions. This is why there need of best clan capital base layout. 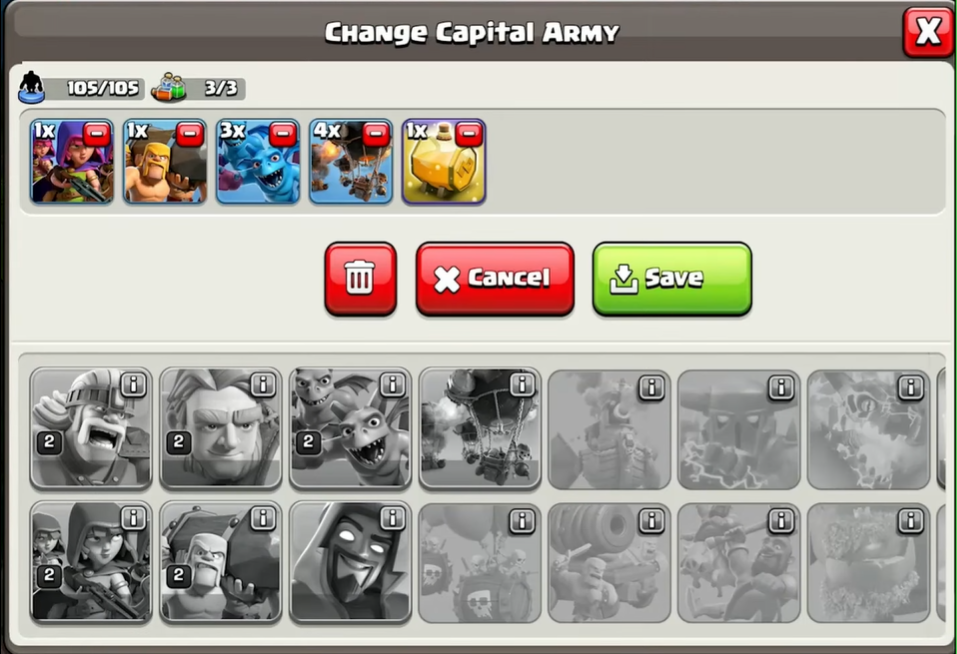 These are the raid attack strategies that can be used in Clan Capitals. Remember once again, you can’t three star a base with a single attack. Remember to use spells wisely as they remain for the next attack too. They can be a good choice for next attackers. Be sure to check this defense ranked in Clan Capital Base Layout Level 2.