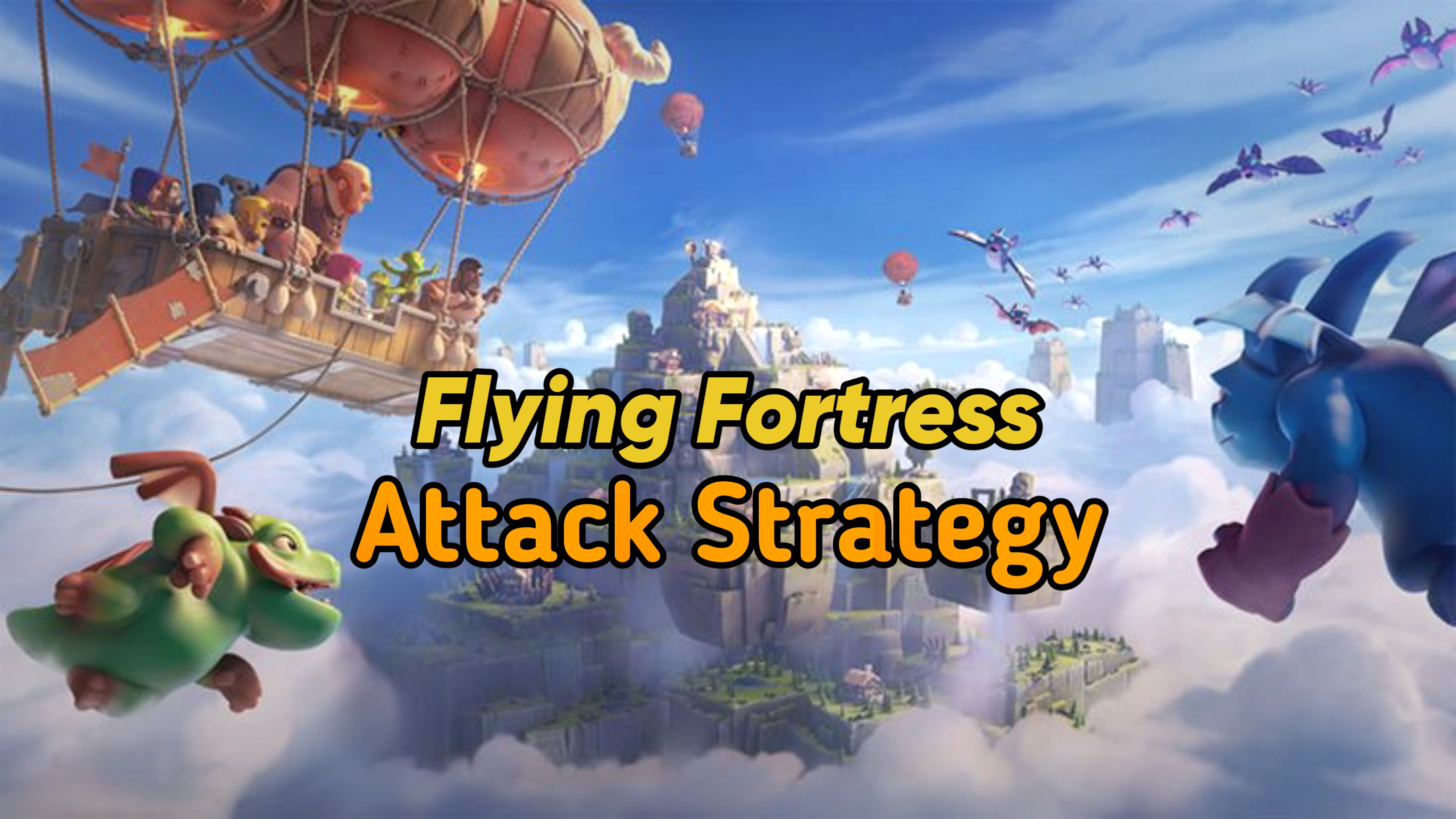 Flying Fortress is the brand new troops unlocked with the balloon lagoon. Though it has housing space of 100, it is totally worth it. Clan will have to upgrade Flying Fortress yard to get this new troop into the army.

Flying Fortress is a very unique troop, not seen before in home as well as builder base. Maxed Flying Fortress (level 5) has huge hit-points of 18,000 with 400 damage per second. To compare, a giant has hit points of only 4,200.

Skeleton gliders too are powerful. They have damage of 170 and hit points of 400. Same as the flying fortress do, Skeleton gliders too attack strategy clan capital on grounds only and are single targeted.
When destroyed, FF will summon 30 ground skeletons. All of them have defences as their favourite targets.

Remember, the flying fortress is a defence targeted troop. It will first take down defences and then other buildings. So, we will need some cleaning up troops like minion hordes or sneaky archers. 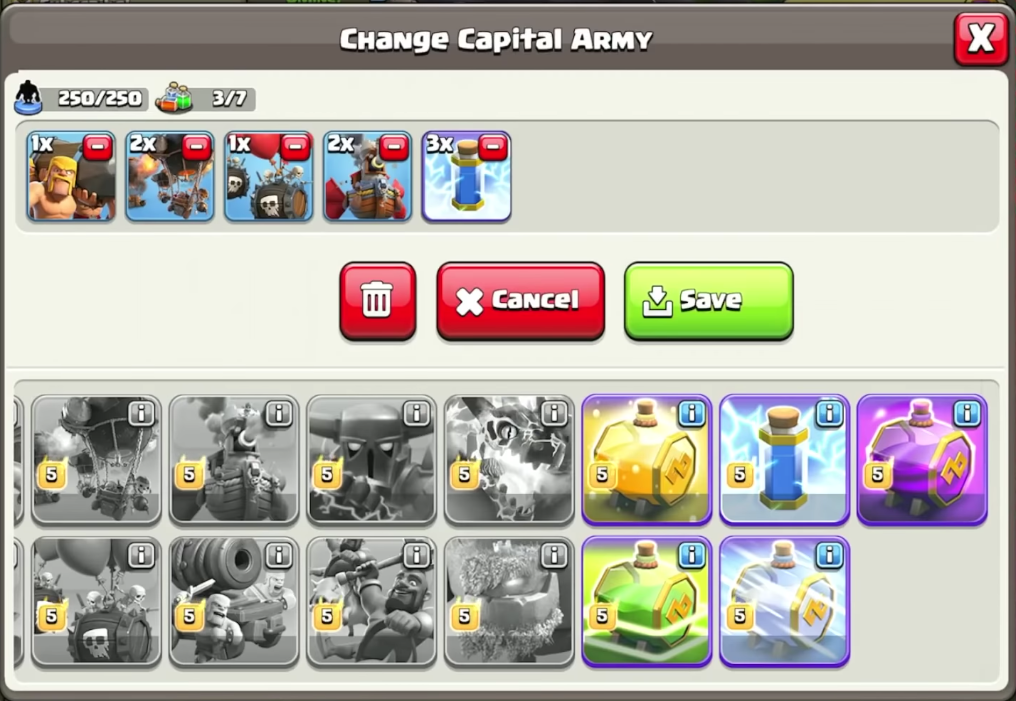 How to 3 Star Balloon Lagoon?

If your clan has unlocked the builder's workshop, you will get frost spells. First, try to take down the single target infernos and defences with area splash, like air bombs.
Later look out for the air defences and rapid cannons.

While attacking, the flying fortress will summon skeleton gliders which will turn into the skeletons after it hits a defence target.
These skeletons will do a cleaning up job, left undone by a flying fortress.

Here the Rocket Artillery will be a serious challenge. So, use a frost spell on it. Frost spells will not fully freeze them, but will slow their attacking speed.
Use a flying fortress and also use a frost spell. Wait till the rocket artillery is taken down.

Use another flying fortress when exposed to single target inferno. Now, here is the tip, which most of us don’t know.
When a single targeted inferno is attacking a flying fortress, we will use a lightning spell. But not as we use in our home village.

We can use rocket balloons too to assist the flying fortress. Use lightning spells again on air defence if possible.
There are chances that the first attack will take the majority of the defences, if they do so we can have little changes in the Best Capital army COC.

As the defences are less, we can deduct a FF and add minions to clean up the Clan Capital base or add more rocket balloons to assist the flying fortresses. You can proceed with any of them if you feel comfortable.

But if the defences are more, use the previous army as stated above. This army will take 3 attacks at maximum to three star balloon lagoon’s district. This Best Clan Capital army is pretty simple and effective too.
Jay Kakade is founder & publisher of Space Explorists and SciSuggest websites. Jay likes to play eSports games and write meaningful articles out from the games. Jay Kakade is also regular contrib… 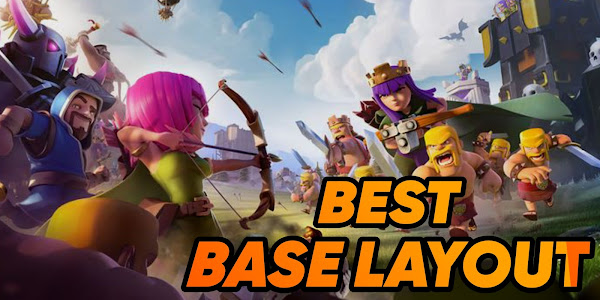