Check out the best attack strategies for capital peak level 2 and level 3. Try to get as much damage as possible. 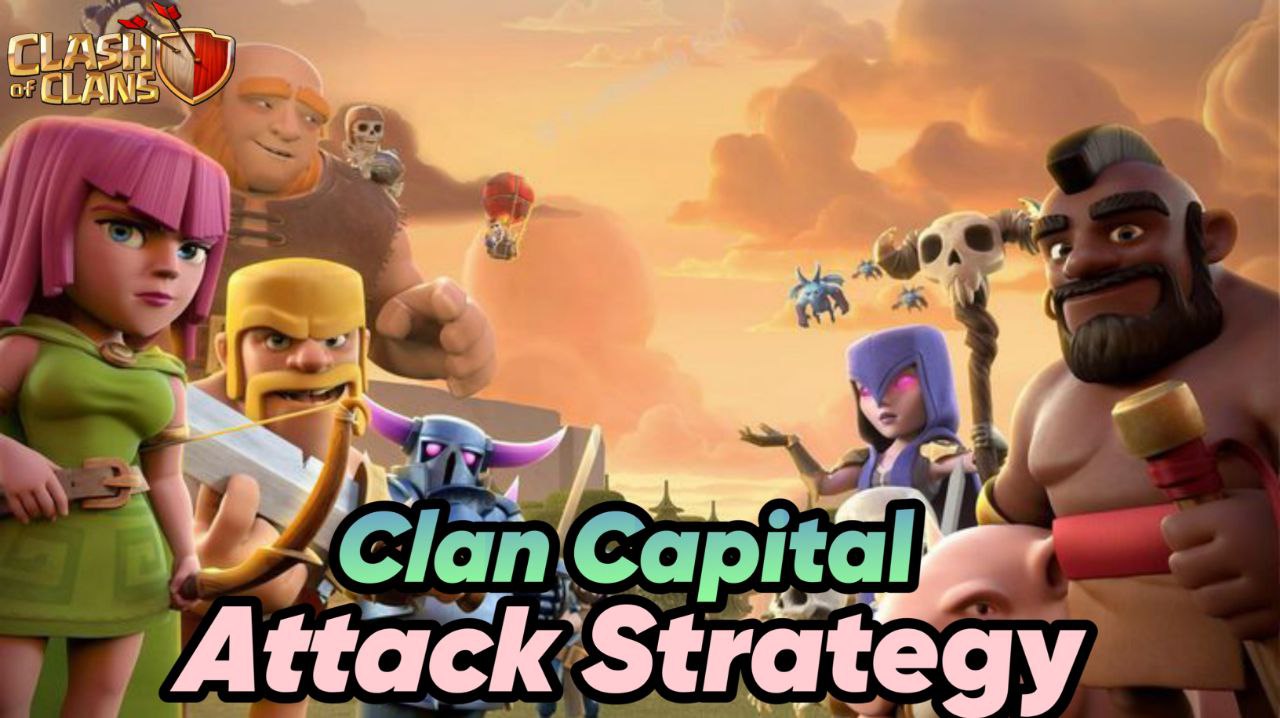 Raid Weekend has already begun in a clash of clans new update of Clan Capital. In the raid event, a clan attacks rival clan’s capitals and ascends itself to victory.
Winning clan members gets capital gold which can be contributed to strengthen the clan capital districts.
With upgradation of levels of capital peak new troops and spells are unlocked. Newer troops are more powerful than previous one. At last, the mountain golem is unlocked.
It has special ability to destroy wall by just touching it. Spells used has no timing, it lasts for two battles.
But still, the districts are very hard to three star in one attack. This guide will guide you till the raid weekend and enable you to destroy as many districts possible.

In the raid weekend, every member of the clan will have the same number of attacks i.e.5. One extra attack can be claimed when an attacker three stars a district.
There are no other ways to get extra attacks. So be sure to use them with excellence.

Supercell has already stated in their update, it takes more than an attack to three star a Clan Capital Base Layout Design. Usually, it takes 4-5 attacks to do so.
Attack starts from the lower districts and destroying lower districts unlocks attacking on higher. Capital Peak is the hardest district to destroy.

Raid medals are also earned on performance of clan capital’s defence performance. Therefore it is a wise decision to use the best base layout and make it hard for opponents to three stars. 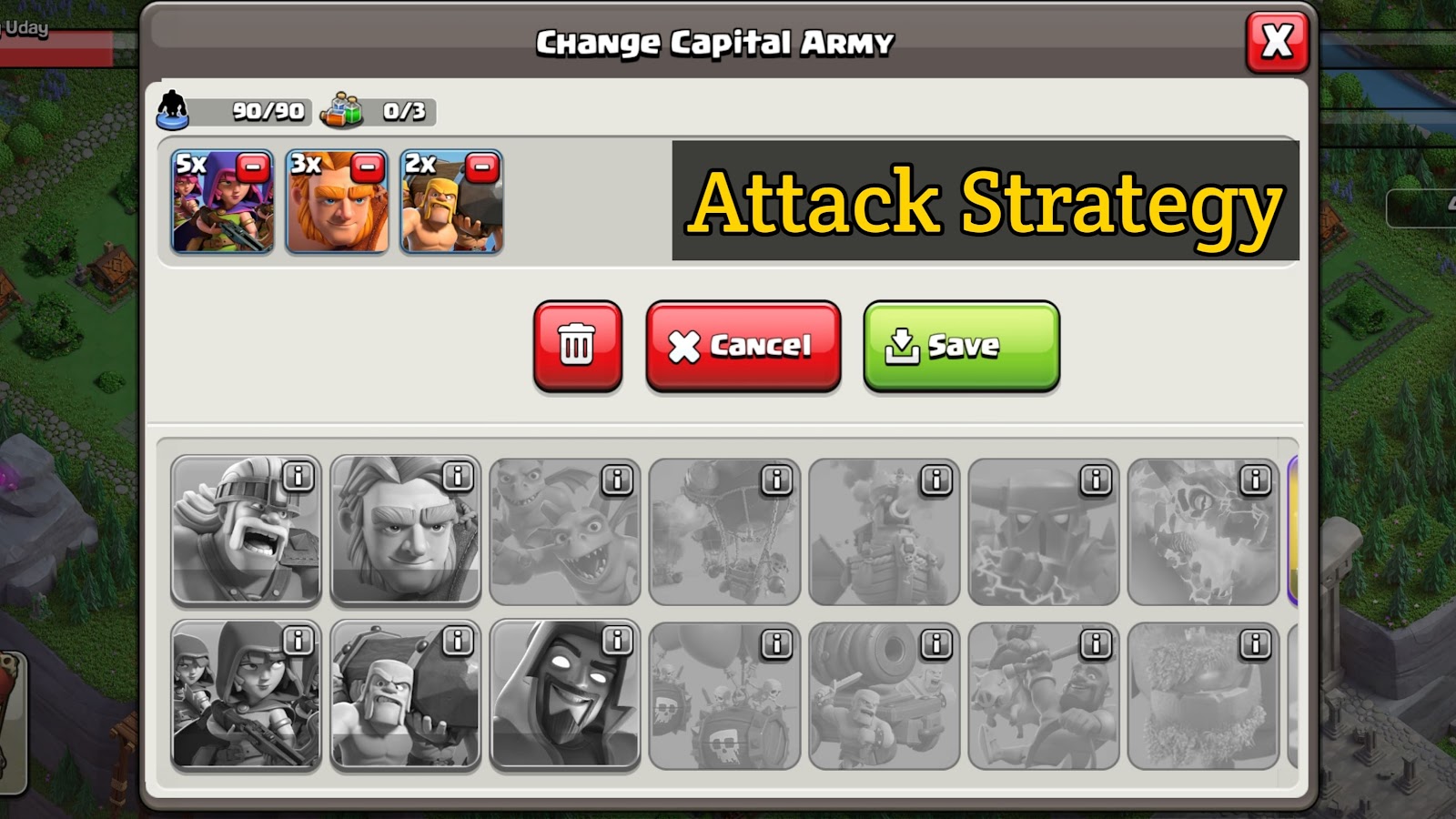 Here are some attack strategies for Capital Peak level 2. If you are unsure how troops are unlocked, check out here.

When the capital hall is upgraded to level 2, 4 sets of army spacings are unlocked.

Here, the best army composition is 4 Giants and 5 Sneaky Archers. This composition is for the layout without walls. But when defence is surrounded by walls, you need to take some Battle Rams. Battle Rams will open space for giants to destroy defences.
That's great opportunity to understand Best Clan Capital Army to target 3 star in raids.

When Supergiants are lured in front of defences, sneaky archers must follow them to clean up rest buildings and support giants to destroy defences. Multi mortar is a big threat to sneaky archers.
First try to distract the mortal with some giants and destroy mortals as soon as possible. Use Battle Rams to destroy walls and send giants into the walls. 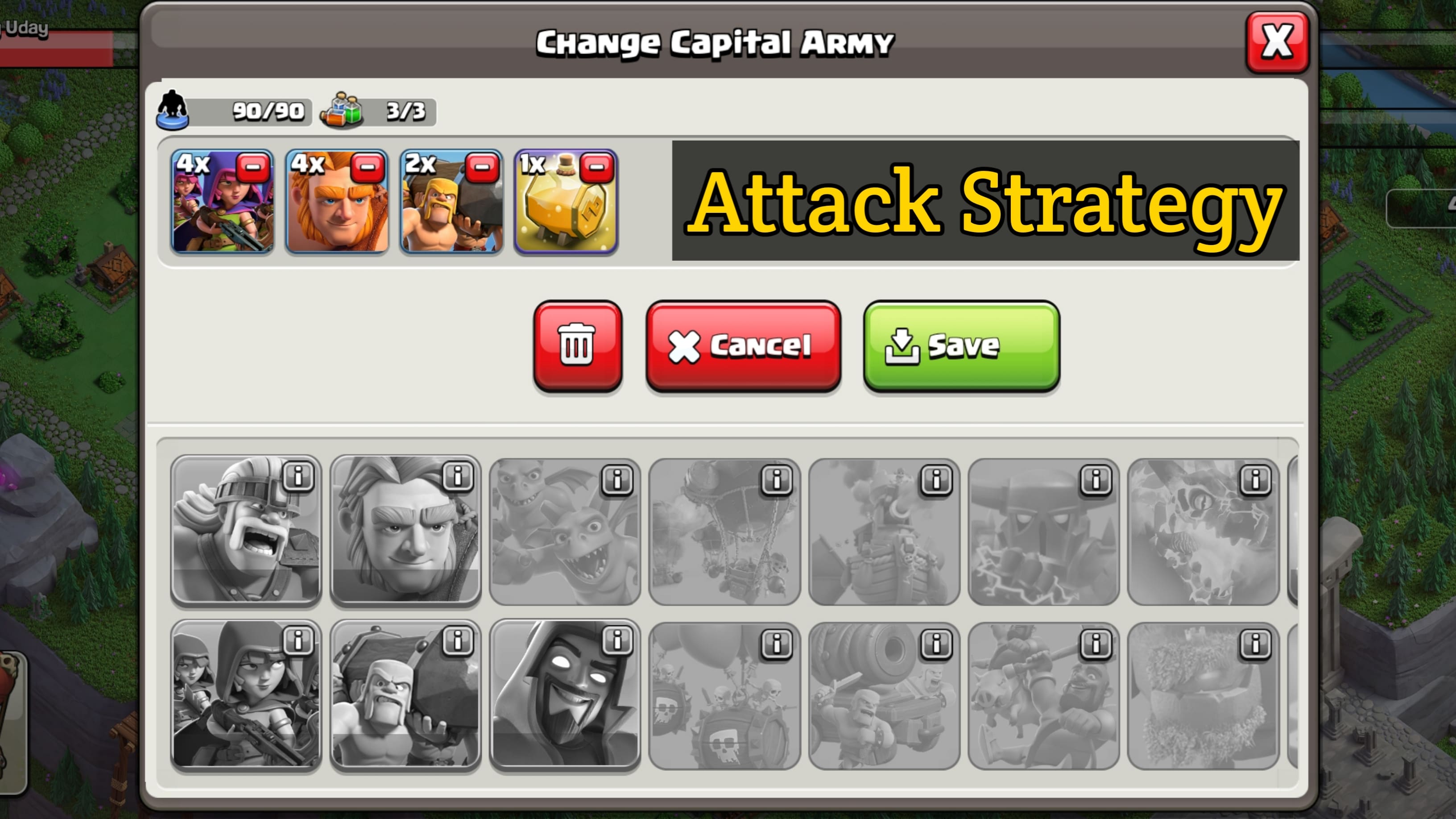 One of the biggest threats to all troops here is the wizard tower that unlocks at this stage. To save troops from wizard towers' damage, use healing spells.

First use battle rams to open space, use giants to distract defences, follow them with super wizards. Here use sneaky archers for clean up. Super wizards have high damage per second, be sure to protect them, either with spells or giants.

These are the most enigmatic Clan Capital Attack strategies, you can have some changes into it and go for a raid. Try to gather active participants during the whole raid weekend as there are no limits for a series of clans.
With active participants, your clan can achieve high contribution and district level’s too.