Want to three star Itzu's Summer Challenge? Here is the simplest and most powerful attack strategy to do it. 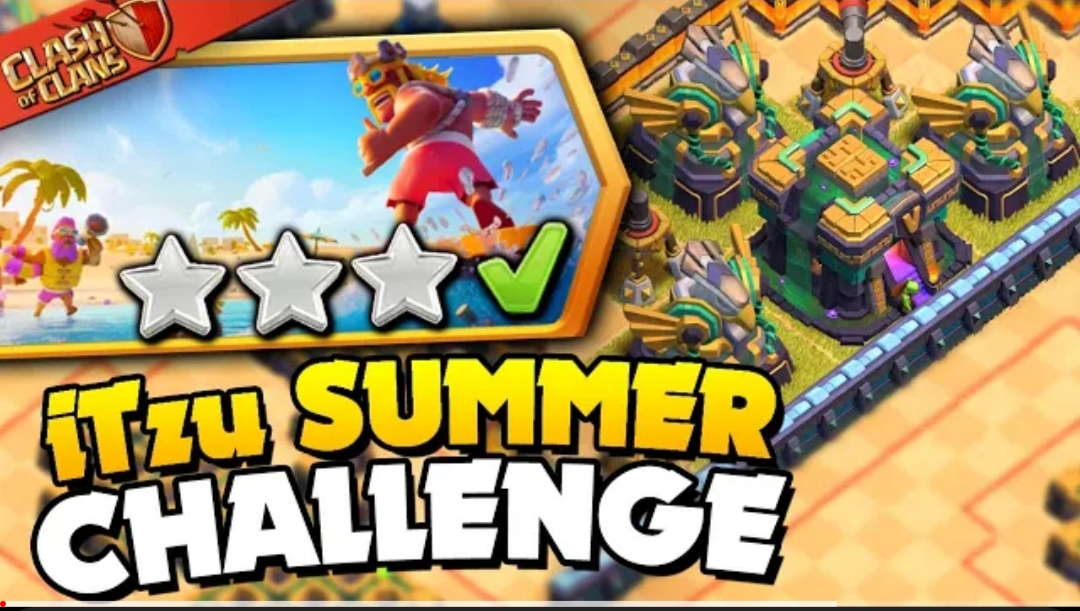 Clash of Clans have introduced a new three star base challenge which will reward Resource Potion with 400 XP. The base challenge is designed by Itzu. The speciality of the base is that the players will get all the troops but only one in number and the same for the spells.

New Summer Events are out in Clash of Clans. Itzu’s summer challenge is one of them along with Summer Hero Skins and Scenery. The Finer Miner, Double Trouble, Summer Scenery Offer, Summer King Hero Skin and Summer Champion Hero Skin events are out too.

Step 1: use a rage spell between the Town Hall and Eagle artillery, use a giant and a wall breaker to get into walls. Then use 3 sneaky goblins to destroy the Town Hall. In this case, the hidden tesla locks on the wall breaker, then restart the challenge. 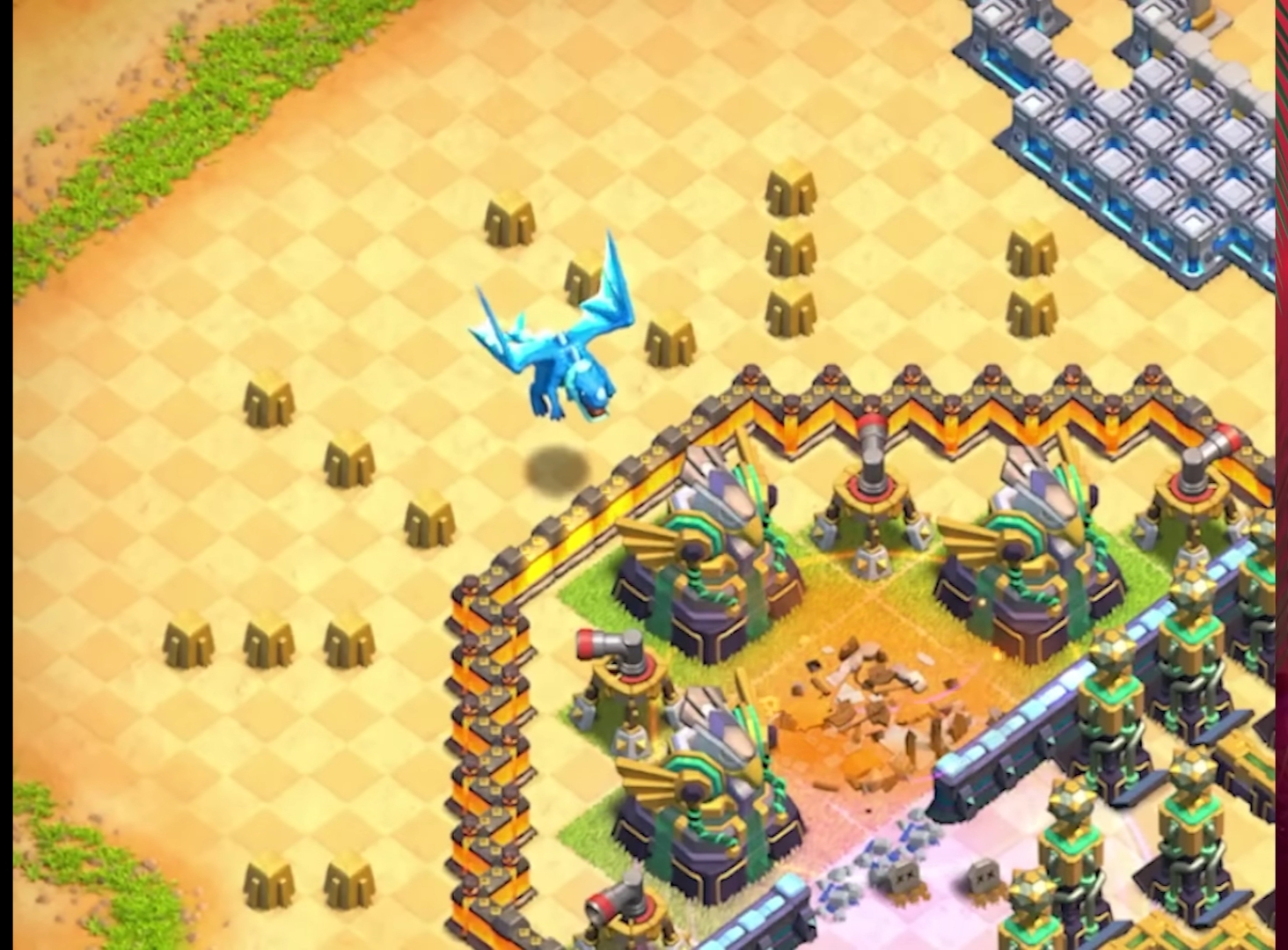 Step 3: In step 3, we will assist the electro dragon. Use a baby to destroy eagle artillery, use lava hounds, dragons and a dragon rider to assist an electro dragon. We will try to make all troops invisible by using invisibility spells.

Golem and Head Hunter will play a very important role in the challenge later. 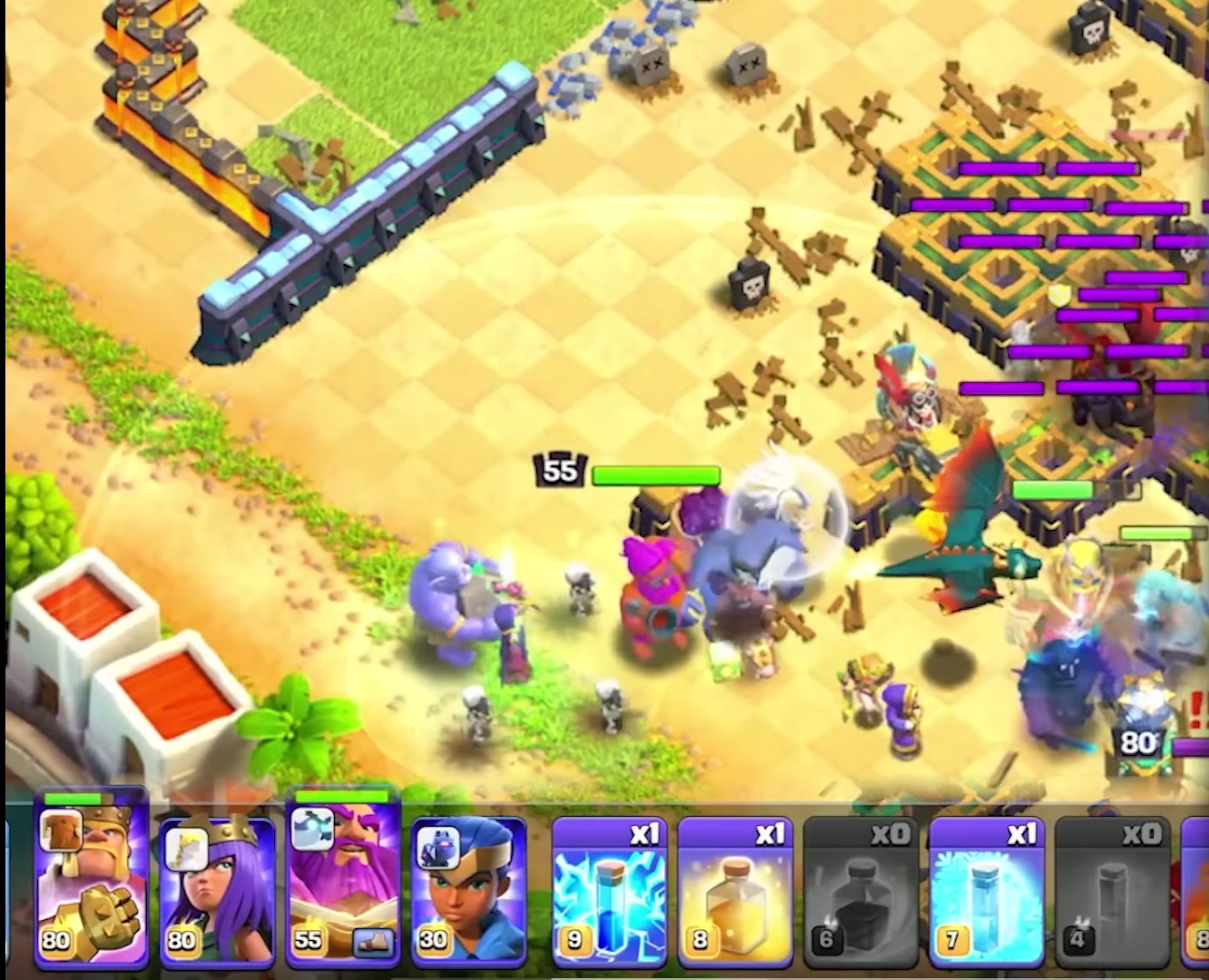 Step 5: Use poison spell on the lava hound and ice golem extracted from the Clan Castle. Try to make use of Healing Spell at its highest extent. Use it when most of the troops will be covered in its circle.

Step 6: Use a haste spell to boost slow moving troops, Use a lightning spell where you feel necessary. (Lightning spells play a very negligible role in this whole attack.) Use headhunters when the troops are pushed towards the heroes.

Step 7: Use a golem and Archer Queen from the other side of the base. Use the remaining skeleton spell after luring the golem and archer queen.

Step 8: Use Bat Spell wherever you feel good. It plays the same role as the lightning spell will play here. Use Abilities of the heroes very wisely. Try to save up the royal champion power, if possible.

After following the steps given, the base will be three stars very easily.