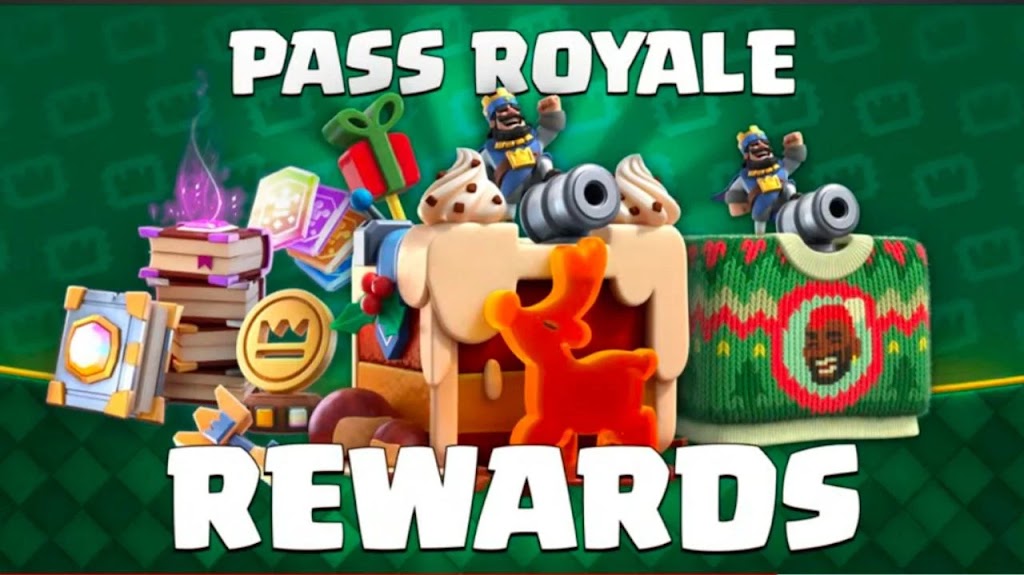 Clash Royale has brought an opportunity for players to collect free tower skins along with plenty of new emotes during the festival of Merry Clashmas. Some sneak peek shows the arrival of the Santa Hog Rider card.

Players can expect Hog emotes and Jolly Hog Rider to double up the gaming fun. Soon there will be Santa Hog Challenge available to clash with players around the world, also mega Draft mode has made its way to the game. Here are some highlights of more exciting mysteries that will be revealed on 24 December.

Free Tower skins are available to those players who have reached the minimum Master 1 league in terms of trophies. If a player struggles or fails to reach this criterion, sadly no chance to win Clashmas Sweater skin.

Also, the Clash Royale pass includes the option to select Tower skin in tier 1 of the reward list. Make sure to claim this skin before it snatches out of your hand.

Clash Royale Snow Challenge has started and here is the perfect card deck to win battles. This deck includes all-around defensive as well as attacking mechanisms. The card is safeguarded with air as well as a group battle deck along with a spell.

This challenge includes constant rain down of snowballs through battle. This is made to give an extreme feel of winters and particularly snow regions. Not only graphical change is seen but there will be attacks of a flurry from time to time randomly into a battleground.

This might be the game-changing moment when the player uses his sharp clashing skills to plan the perfect attack.

In order to get all rewards, a total of 8 battles need to be conquered in one strike. Defeat here makes you out of the challenge.

As Clash Royale is a real-time strategy game, it demands great planning and executive skills to sustain the esteemed challenge.