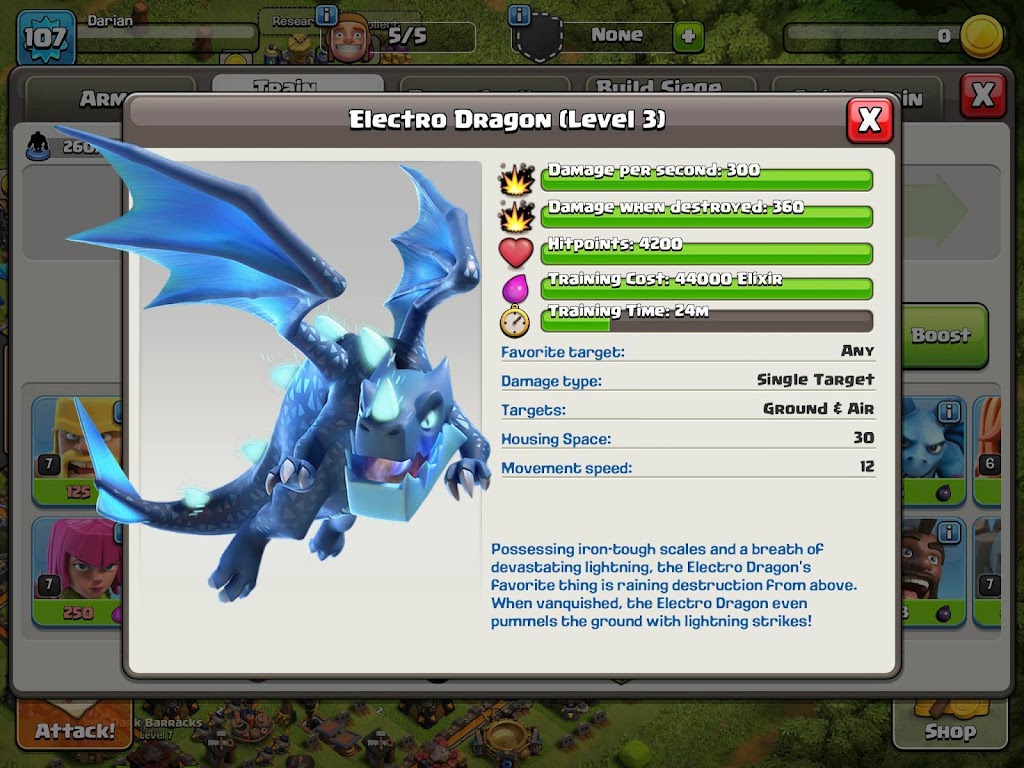 Electro Dragon is a new summoning at Town Hall 11 in Clash of Clans. At this stage, one can reach level 3 of Electro Dragon. It is a very powerful troop that can be used in both senses; Defense and Offense.

However, the great troop is not that easy to use. Most of the players find it a little tricky and hard to initiate an attack in Clash of Clans at Town Hall 11. Here are a few tips and strategies to effectively use Electro-Dragon in attacks.

Tips for Effective use of Electro Dragon

1. Pair with other troops

Electro Dragon is a damage dealer as well as a damage taker. Hence he can best be used by pairing with other troops. Here the best choice to pair is with Dragons or Balloons. Electro-Balloons are very useful against the compacted base. Consider this pair-up in bases where the buildings are nearly based.

2. Use as a distraction

Electro is not just the troop to use in the whole attack. He has a high hitpoints range, therefore he can best be utilized even in distracting defenses. This can be done in various ways, likewise, starting an attack from another side and also trespassing on the enemy base.

3. Use it to eliminate defense

Electro can best be used in another way as well. As Electro excels at taking down the defenses, it is a good move to send it along with balloons and dragons. This can well go with a highly packed defense system.

Town Hall 10 and 11 go very hard on newcomers, who are new to Inferno Tower dealing. Here the Electro can be used as a decoy or as a medium to eliminate these defenses.

Electro dragon has hitpoints as well as high DPS (Damage per second) which is a good indicator to use it as a tool to kill Clan Castle troops. This tip will surely be most effective on the CC containing a high number of troops like Archers.

Given are just an overlook of how the Electro Dragon is used in an effective manner. However, the strategy is not rigid, it must be changed and evolved with the given situation, base, and even with upcoming updates.